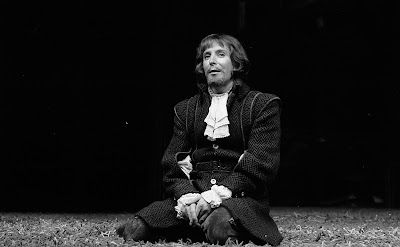 When The Essential Shakespeare Live: The Royal Shakespeare Company in Performance audio CD, produced by the British Library, was released in 2005 it was a source of dismay to me. Why? Because Ian Richardson, a star for the Company for 15 years, was practically ignored in it.

However, a further compilation, unsurprisingly called The Essential Shakespeare Live Encore has just been released and includes a recording of Ian as Berowne in Love's Labour's Lost. 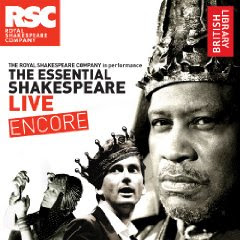 Here's what actor Nickolas Grace had to say in the book about Ian's performance in the role:-

"It was one of the greatest things I've ever seen because that was the real vocal pyrotechnics. He did the whole thing at about a hundred miles an hour. It was like an express train - he did it really rapidly but you could hear every single word and he got a clap after the first speech. It was staggering."

And Garry O'Connor in his review in Plays and Players in October 1973:-

"His Berowne is the essence of boyish exuberance. His resources of optimistic goodwill appear endless. Some are born with silver spoons in their mouths, Mr Richardson was born with the iambic pentameter. He warbles, he flutes, he moans, he juggles, he transposes, stands on his head, lies on his back: whatever he may be doing, the lines ring out with clarity and precision."

Needless to say, I've ordered my copy!
The Essential Shakespear Live: Encore
Posted by SharonM at 09:31